Year 11 student Beau Scaddan has walked away with the title of GAWA (Geographical Association)  Young Geographer of the Year and $500 for his paper ‘Ethical new population management scheme for invasive little corellas in Australian urban areas.’ Beau – who hopes to study neuroscience – postulates that the use of a hormone in feed given to the birds could reduce their reproductive rate by 75%. He said it was a better alternative that the current methods of “shooting and gassing” the birds.

Gloria Limas in Year 7 was a runner up out of 4000 entries for the Year7/8 category in the Whitlam’s Institute What matters? Writing competition with her poem Labels. Her poem describes the pressure of how something that can seem positive – like being described as smart – can come with the weight and standards that begin to define you. “It is from my experience I had in primary school, always being told if I didn’t do my best it was a surprise to them,” she said.

Kush Shah in Year 10 scooped first place in a national Chinese speaking competition. A trip to China last year really helped him get to grips with the various tones needed to speak the language properly. He hopes to go into finance or business and believes learning to speak Chinese will help him. 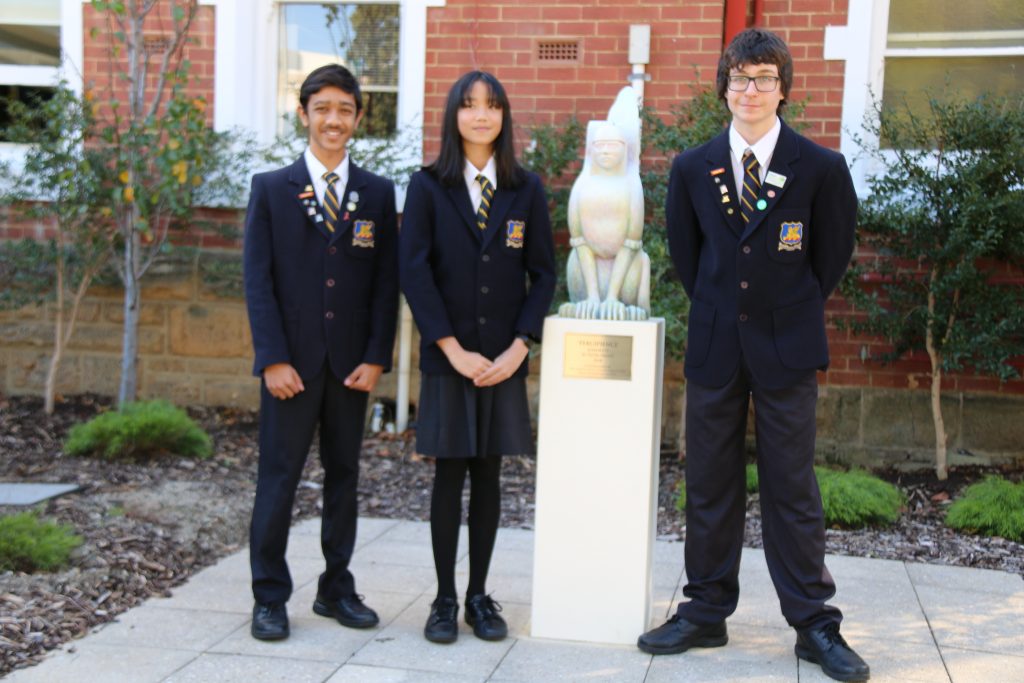