Perth Modern School has a long and proud history of endeavour and achievement, dating back to its beginnings in 1909 when construction of the first public secondary school in WA began. The school opened to students in 1911 and was to pioneer a modern education where the sciences and modern languages were to be on an equal footing with classical education. The school experience would be co-educational and there would be no corporal punishment, no detention and no arbitrary or authoritative discipline – rather a code of good conduct and self discipline.

The school inaugurated a scholarship program to encourage students of high academic ability to attend, regardless of the financial situation of their parents. In 1912, the school introduced entrance examinations in response to the high demand for places. The central figure in the establishment of the school was WA’s young Inspector General of Schools, Cecil Andrews, and it was he, more than any other, who was the true founder of ‘Mod’, as it was to become known. Andrews also has the honour of naming the school as a reflection of the attention the curriculum was to give to science and other subjects generally included on the ‘modern’ side of English public schools. 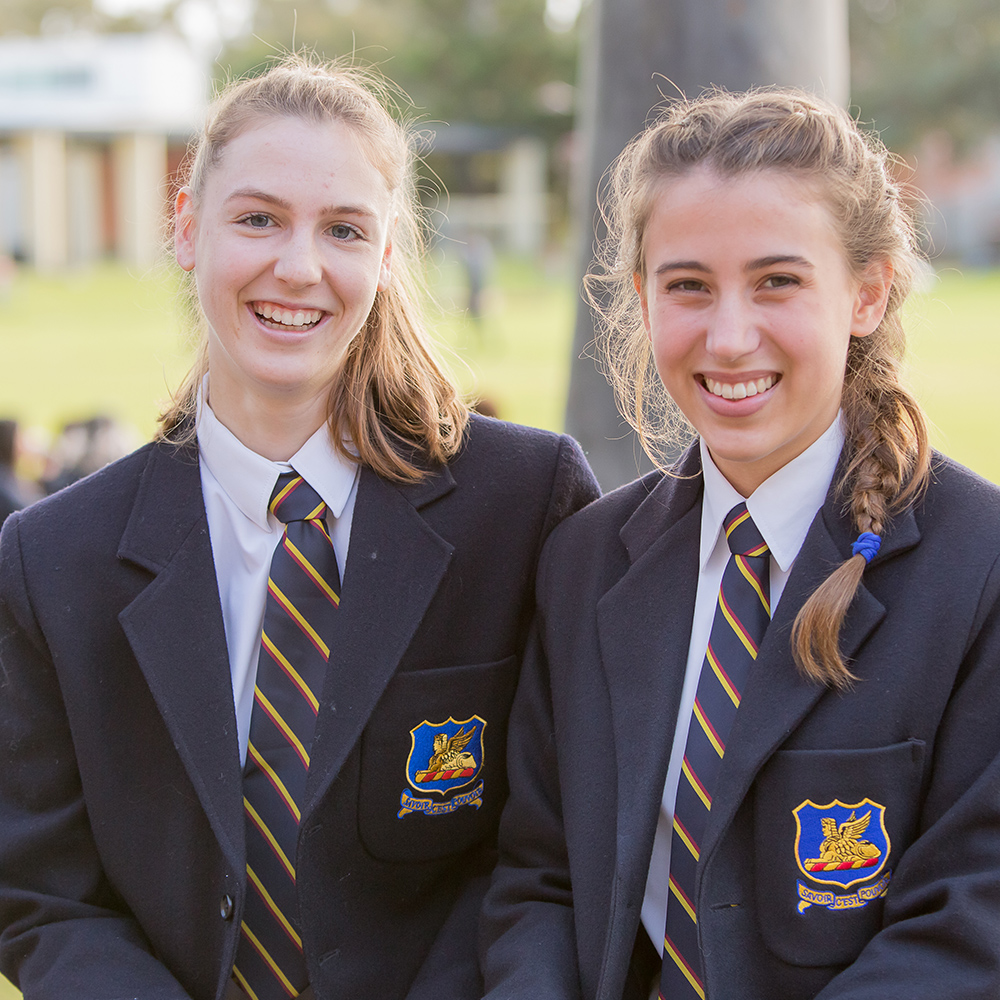 The buildings were completed in good time for the school to open at the beginning of the school year in 1911. Due to the strong demand for places, work was also immediately undertaken to build the extra eight classrooms which had always been anticipated and these were ready for the commencement of the 1912 school year. By then, the physical form of the school was much as it was to remain for many decades. The first Principal of the school, FG Brown, helped the school off to an excellent start and was succeeded in 1912 by Joseph Parsons who led the school until 1939. 226 students were enrolled at Perth Modern School on 1 February 1911 and by February the following year, this number had increased to 263. At this time, the school was only nominally co-educational with boys and girls in separate classes and even having separate entrances.

A student’s first two years at Perth Modern School were designed to give a thorough grounding in ‘ordinary secondary school subjects’. For the final two years of their secondary schooling, students had the choice of five streams, namely Arts, Science, Education, Commerce and Agriculture. Extra-curricular activities for students at this time included Cadets, gymnastics and sport. In 1915, Parsons divided the school into Red, Blue, Gold and Sphinx ‘Factions’ and promoted sporting rivalry between them which helped to overcome the problem of the school being excluded by the WA private schools from joining their interschool sporting competition. Discipline at the school was based on self responsibility and students were required to learn the school rules and to respond to them without prompting.

In 1912, the entrance examination had become a settled procedure and was designed to test intelligence rather than the extent of information a candidate may possess. Retention of this system for nearly 50 years ensured that Perth Modern School had access to an ongoing stream of highly able and talented students and provided them with opportunities to be taught by highly skilled teachers, alongside many of the brightest students in the state.

During World War 1, 148 Modernians enlisted, 28 of whom lost their lives. In 1922 a memorial was established and located at the front door of the school. During World War 2, over 1,500 Modernians enlisted and 119 lost their lives. Further modifications were made to other buildings on site to reflect curriculum and enrolments of the day. Change came in 1958. Perth Modern School lost its special status and became a comprehensive five year high school. At this time, further buildings were added to the school site. The school became a comprehensive senior high school with 1300 students and 70 teachers. By 1966, the scholarship entry requirements had been removed and some major developments had taken place. In 1968, music became a focus of the school and the first of the music scholarships were awarded to 36 first year and 19 fourth year students. By 1970, the school orchestra had been formed, and in that year the Joseph Parsons Memorial Library opened. In 1973, the Graduate College of Dance was founded to provide a rounded dance and academic education to Year 12 for talented dance students without the need to go interstate. It moved to Perth Modern School in 1999. In 1990, the former Thomas Street Primary School became the home of WA’s main secondary centre for English as a second language – administered by Perth Modern School.

In 2005, the Premier of WA, the Honourable Geoff Gallop, announced the proposal for the school to, once again, become one of academic excellence. Funding was allocated to turn Perth Modern School into a selective school for academic excellence to serve WA’s most brilliant high school students. The major refurbishment and construction commenced in 2007 and academically selected students enrolled in Years 8, 10 and 11. By 2008, the majority of Perth Modern School students had been selected academically. In 2009, the refurbishment continued and the state-of-the-art library, technology centre, conference centre and performing arts centre have been opened. In 2015, the Tyler McCusker Sports Centre opened and in September, 2021 the Cyril Tyler Auditorium was opened. 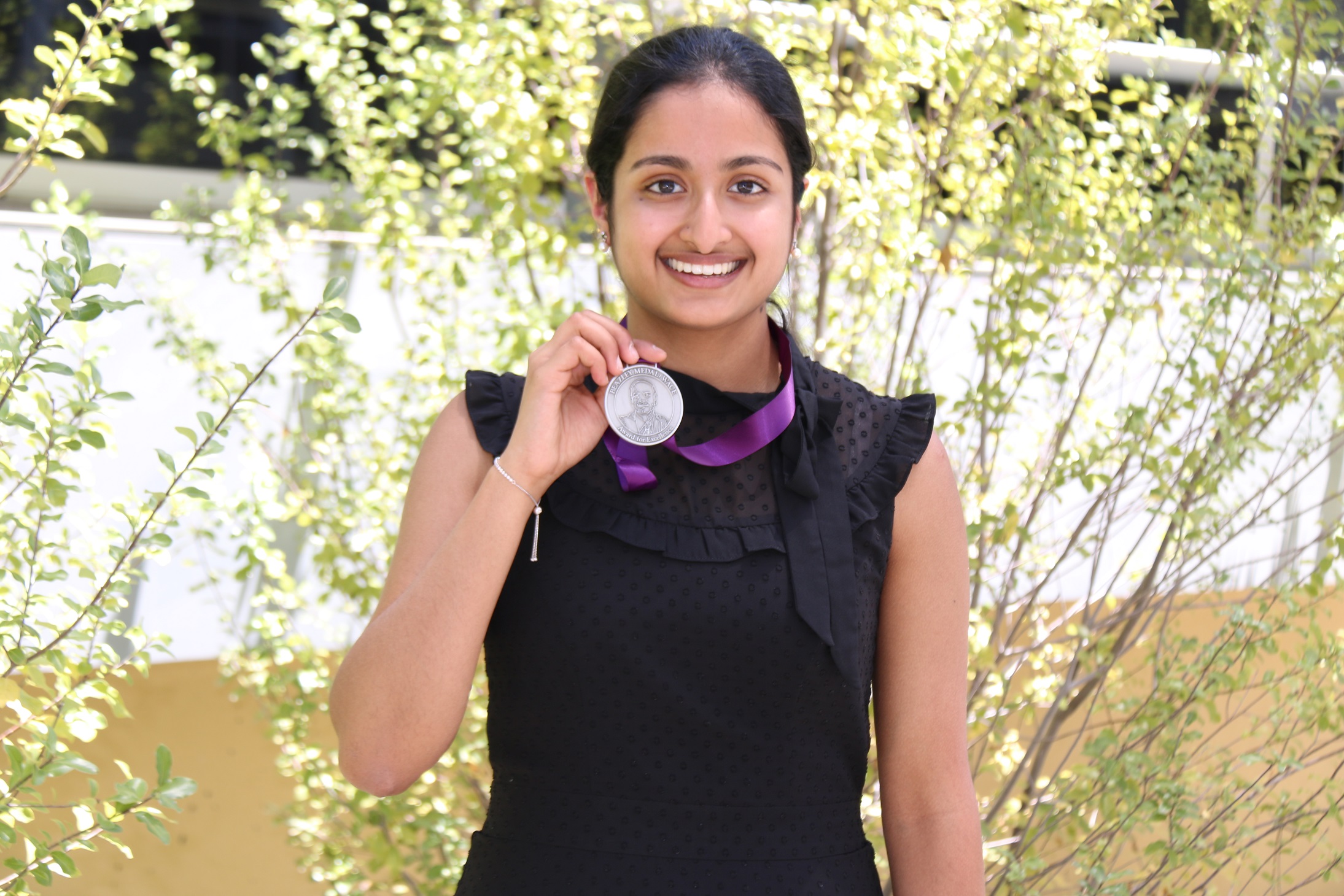