Perth Modern is the winner of the 2020 WA School Chess Championships!

The tournament was dominated by Perth Modern players and we became State School Chess Champion for the second time in a row! In the secondary division, the tournament was played using a modified Scheveningen system (each player of one team played three players from other two teams).

The final standings were:

Individual board prizes were all won by Perth Mod students:

Congratulations to all our players! Thank you to Maths Teacher Leanne Ensly for her hard work coordinating the Mod team. Next, Perth Modern will represent WA in the Australian Interschool Chess Finals that will be played online on December 5 and 6. 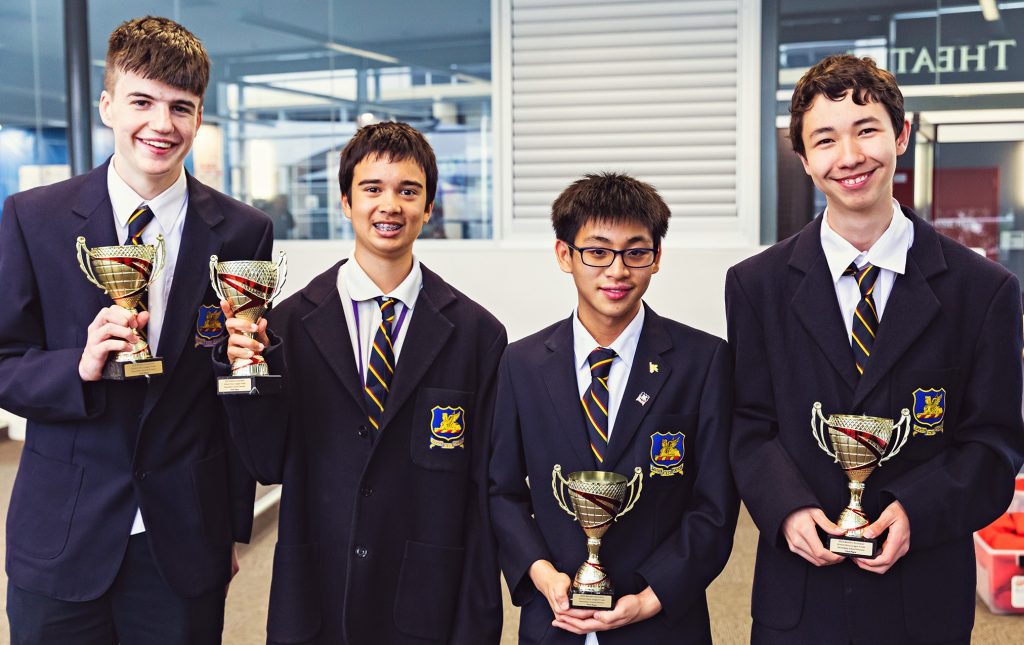