Perth Modern School students this year have achieved the highest ever median ATAR recorded in WA, achieving 97.55 compared to the state average of 81.6. A record number of 72 students achieved an ATAR 99+ including five students who achieved a perfect ATAR score of 99.95.

The Class of 2020 also achieved another State record, with 21 General Exhibitions achieved. In addition, six Subject Exhibitions were awarded to five students including Jas Choo who topped the State in both English and Literature.

Akash Jayaram said he was confident he had done well in the exams, but felt ‘relieved’ when he saw he had achieved a 99.95 ATAR.

“I studied with a routine and a timetable and I think it is important not to over study,” Akash said. “I played cricket in my spare time and I also enjoyed reading a lot of books.”

He paid tribute to his parents and little brother who helped with his stress levels, as well as his teachers at Perth Modern.

“My teachers were really supportive, when I had questions I could email them and they would email me back sometimes late at night,” Akash said.

“I really appreciated how my teachers helped me this year.”

Savindi Wimalarathne said she was “shocked and surprised” when she saw her result of 99.95.

“It’s different for everybody, but to keep on top of my study schedule, I really liked to prioritise and manage my time which helped me keep on top of the workload,” Savindi said.

“It was also important to balance my time and spend time with my friends and family as that helped me focus when I did sit down as study.”

Leosha Trushin said he was “kind of expecting [his 99.95 ATAR] but it was relief to find out and that it was all over.”

He said it is important to find something that motivates you for the ATAR, in his case it was competition with his friends.

Jake said he found out the result with his mum and dad in the car, and his dad was so nervous he had to leave the car before hearing excited screaming that his son had scored a perfect ATAR.

Jake said he found it important is to faith in himself and even when he had a few disappointing test results, he kept working hard and made up for it later on.

“Being resilient is important and you have to just keep going,” Jake said.

Ryan said he was “super happy” with his result and relieved that his hard work had materialised into something he was proud of.

He said being consistent with study was important and to make sure you have some down time.

He paid tribute to his family, specially his parents who were very encouraging the whole way through.

“My parents woke me up every morning because I sleep like a log,” Ryan said. “They were great mentors and I owe a great deal of my success to them.”

Principal of Perth Modern School Lois Joll said she was delighted with these results and that achieving a median ATAR of 97.55 was a tremendous group effort by the entire cohort.
“Together with our dedicated staff and supported by parents, our students inspire and support each other to be their best which is a winning combination,” she said.
Leosha is planning to study physics at university and Jake, Akash, Ryan and Savindi are planning to study medicine. 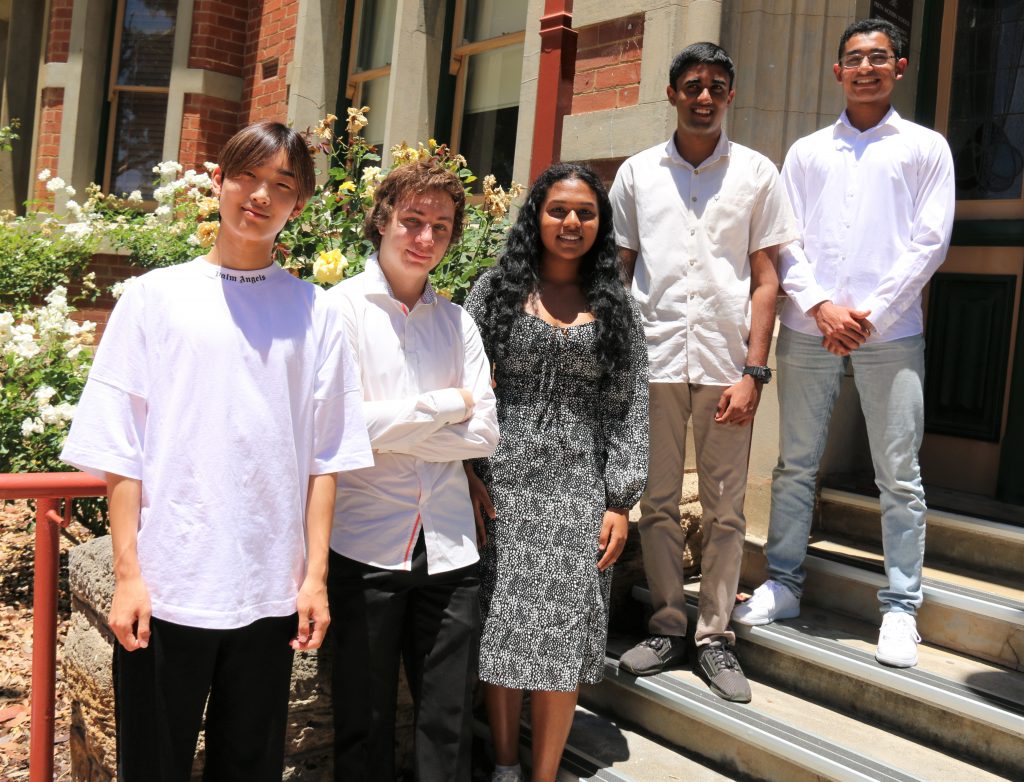